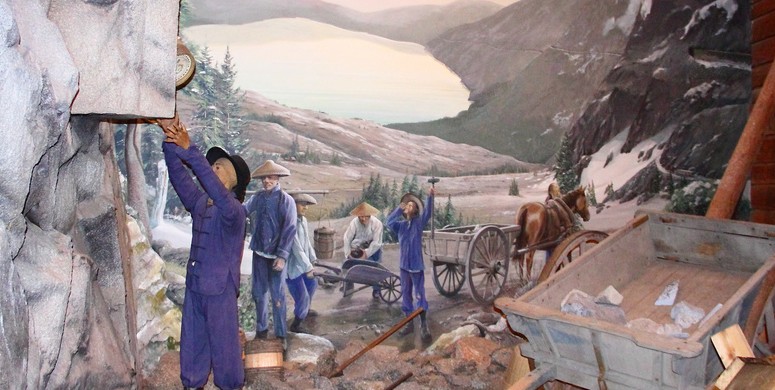 In the days of building the transcontinental railroad in the U.S.A. (a railroad was used by something called a train and was a means of transportation prior to SUVs for anyone who couldn’t ride a horse or needed to move more than a wagon’s worth of goods), the ideal worker was Chinese. Why?

But the Chinese were more reliable because while the Irish could work eight-hour days, their choice of beverage was scotch, whiskey, or stout beer. This meant that they were really hard to get up in the morning. In addition, they ate poorly, relying heavily on cured beef and cabbage and haggis.

The Chinese however drank tea, and never got sick because the water was always boiled, killing all the disease that the Irish ingested willfully. The Chinese diet was also varied and well balanced with protein (lean meats), carbohydrates (rice), and fiber (veggies). As a result, Chinese could work longer and faster, while keeping their senses sharper.

And boy did the Irish always have a complaint at the tip of their scurvyed tongues. All day long it was, “Jesus mother Mary and Joseph it’s too bloody hot,” and “I can’t live with or without you,” and “Sunday Bloody Sunday.”

But the Chinese could take it because why waste energy complaining? You still have to get the job done. These strange train things need these strange rail things.

Besides the railroads, hard working Chinese also built levees for the Sacramento River Delta, farmland all over California, established fabric and garment industries in New York, and designed computers and software for the Silicon Valley.